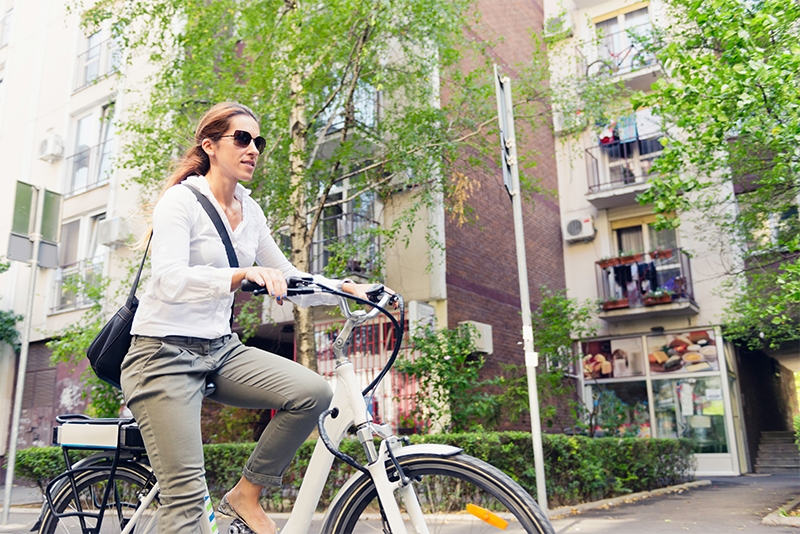 If you’re interested in investing in an E-bike, you’ve probably wondered if it’s that much faster than a normal bike. The answer is both yes and no. With the motor function, you technically won’t be going faster than your typical bike pedaling at peak performance on a flat and smooth surface. However, due to the personal energy you’ll be saving thanks to the motor along with a higher average rate of speed, an e-bike will generally get you where you’re going faster than a normal bike. In order to understand why that is though, there are several factors you have to understand when it comes to e-bikes speed.

E-bikes are Built with Speed Limits in Mind

While there is no universally accepted regulation system for e-bikes across the world, most countries tend to have a cap on how fast an e-bike can be without a license. This limit is 45 kph in Europe, which correlates to about 28-30 mph here in the US. Local laws and bike trails might also have additional rules and regulations specific to them. However, as long as the motor turns off after 28 mph/45 kph, you’ll generally be able to use it without getting pulled over or require additional licensing.

Most e-bikes are also categorized into 3 different classes throughout the world. These classes help designate the type of motor assist it provides, along with their speed limits. They are as follows:

Category 1 e-bikes have a pedal assist motor that will stop providing power once 20 mph is reached. These types of e-bikes are the most accepted, and are allowed on almost all of the same pathways that normal bikes are allowed on.

Category 2 e-bikes also stop at 20 mph, but have a throttle either with or instead of a pedal assist motor. While you’ll be able to use these types of e-bikes most places as well, trails with special restrictions on motor powered vehicles won’t allow class 2 e-bikes.

Category 3 e-bikes are those that have a throttle or pedal assist, but are capped at 28 mph instead of 20 mph. Due to their high speeds, class 3 e-bikes are typically restricted to highways, cities, and other urban roads and streets only.

Besides the categories, there is also the motor to consider. Despite what you might expect though, a larger motor doesn’t necessarily mean you’ll go any faster. Here are the important things to consider when it comes to your e-bike motor:

Why E-bikes are Faster than Motorless Bikes

Want to know more about e-bikes? Is there a specific model you had a question about? Is there some other aspect you want to understand better? Then feel free to leave a comment below, or send us an email. We would love to answer any questions you may have, be it about this article or e-bikes in general.

Thank you for reading, and have fun biking!