Bicycles offer several financial and health benefits when ridden in place of a car, with one of the major benefits being the environmental advantages offered by bicycles. Many organizations that advocate a greener, more environmentally aware society have often pushed for greater bicycle use among the masses. However, while bicycles are a popular alternative to cars when it comes to going green, do the same environmental benefits extend to eBikes? For the most part, eBikes are also considered a very popular alternative to automobiles for their health, financial, and environmental benefits, and in some ways even lead to greater environmental conservation efforts compared to traditional bicycles. If you want to go green and cut down on your carbon footprint, read on to learn more about the positive impact that electric bikes have on the environment. 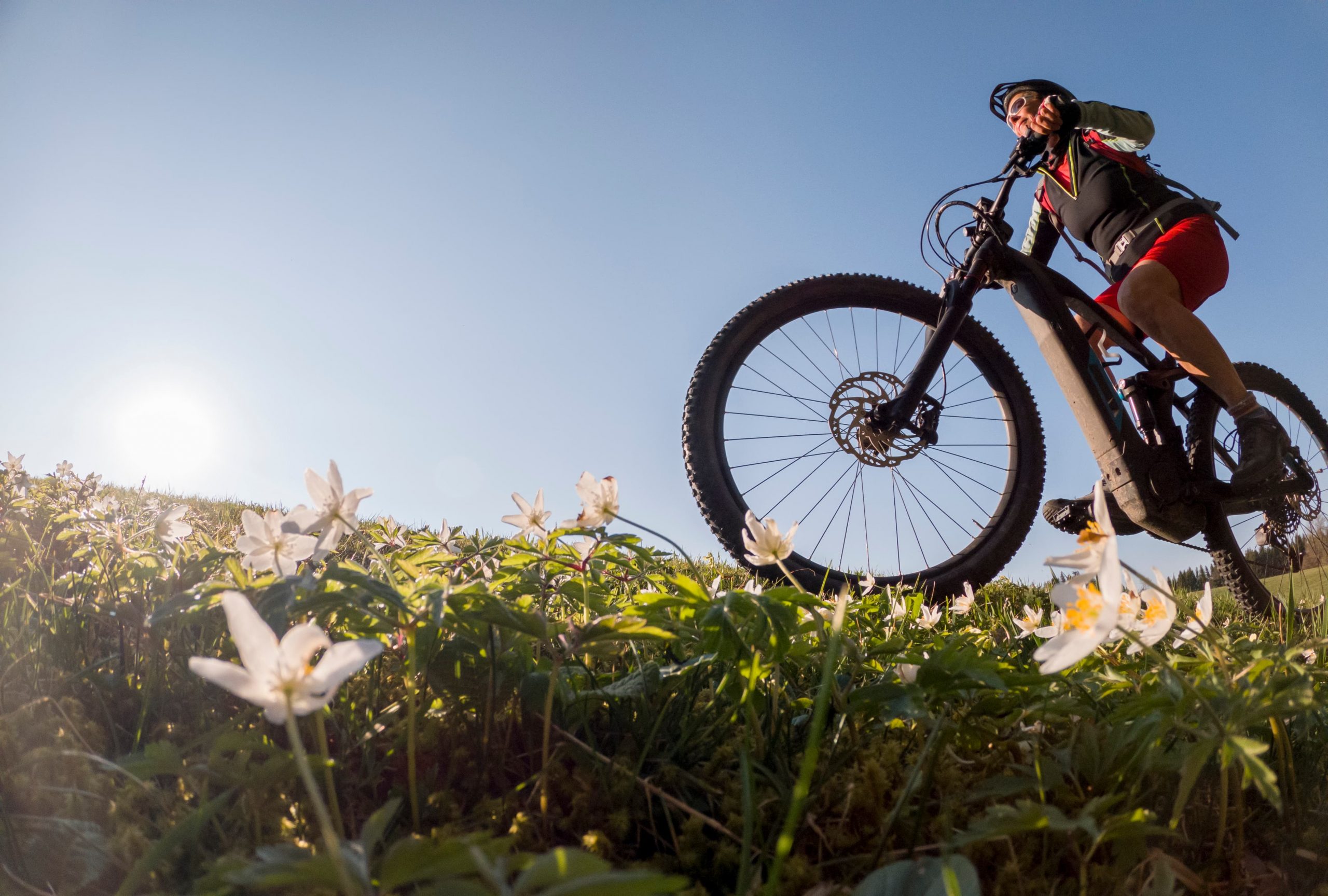 The major source of environmental degradation from cars is a result of the exhaust emissions that comes from using fuel to run the motor. Depending on how often you drive, your typical car emits anywhere between 500 lbs to up to 2 tons of carbon per year. Emissions are a major problem throughout the world, and finding ways to reduce the amount of carbon emitted per year is, by itself, a major way to help resolve our environmental issues.

That is why eBikes are a very popular choice among environmentalists. Unlike your car motor, eBikes are zero emissions vehicles because their motor is powered by an electric battery instead of fossil fuels. Recharging your battery is as simple as plugging it into the wall, and if you have a wind or solar powered generator you can even fully recharge your eBike with a renewable power source as well. Even replacing one day of driving a week with your eBike can help you reduce your total emissions per year by 15 to 20%, which is a significant way you can reduce your personal carbon footprint.

One of the major problems with automobiles is that many of their components aren’t recyclable, let alone require factories with massive C02 emissions in order to manufacture. Electric bikes are far easier to manufacture, and have many components that not only last longer than your traditional automobile, but are designed to be recycled as well. For the few parts that cannot be recycled, they are much better for the environment when properly thrown away compared to key automobile parts. Lithium batteries, the industry standard for eBike batteries now, do not contain any lead. As a result, disposing of batteries is a far easier process that has little to no impact on the disposal site once properly drained, ensuring you don’t have to make a custom waste storage area like with lead based products.

Easier on the Road:

One more major way that eBikes lead to significant environmental savings is the fact that they greatly reduce the wear and tear that comes with using a road compared to a car. Automobiles are far more bulky in comparison, leading to roads that are in constant need of repair if you live in a heavy traffic area. If you’ve seen road repair equipment, you know that they are often massive, bulky machines that produce just as much, if not more C02 emissions than your typical car. The smaller design of electric bikes greatly reduces the wear and tear that comes with riding on a road, which in turn minimizes the overall repair work that needs to be done overtime.

Conclusion: A Ton of Benefits from eBiking:

We’ve listed just a couple ways that eBikes are better for the environment than automobiles, but there are a large number of other benefits as well. As part of our blog, we’ve written about how electric bikes can save you thousands of dollars a year, with studies demonstrating that eBiking leaders to better physical, mental, and emotional health as well. Electric bikes are a ton of fun to ride, and can help you try out new trails and challenges that wouldn’t be possible with a traditional bicycle. Lastly, eBike motors offer great support, so not only will you ride longer but it will make getting into cycling easier if you are an older or recovering athlete. If you want to save money, improve your health, and help the planet go greener, swap out one of your automobiles for an eBike today!