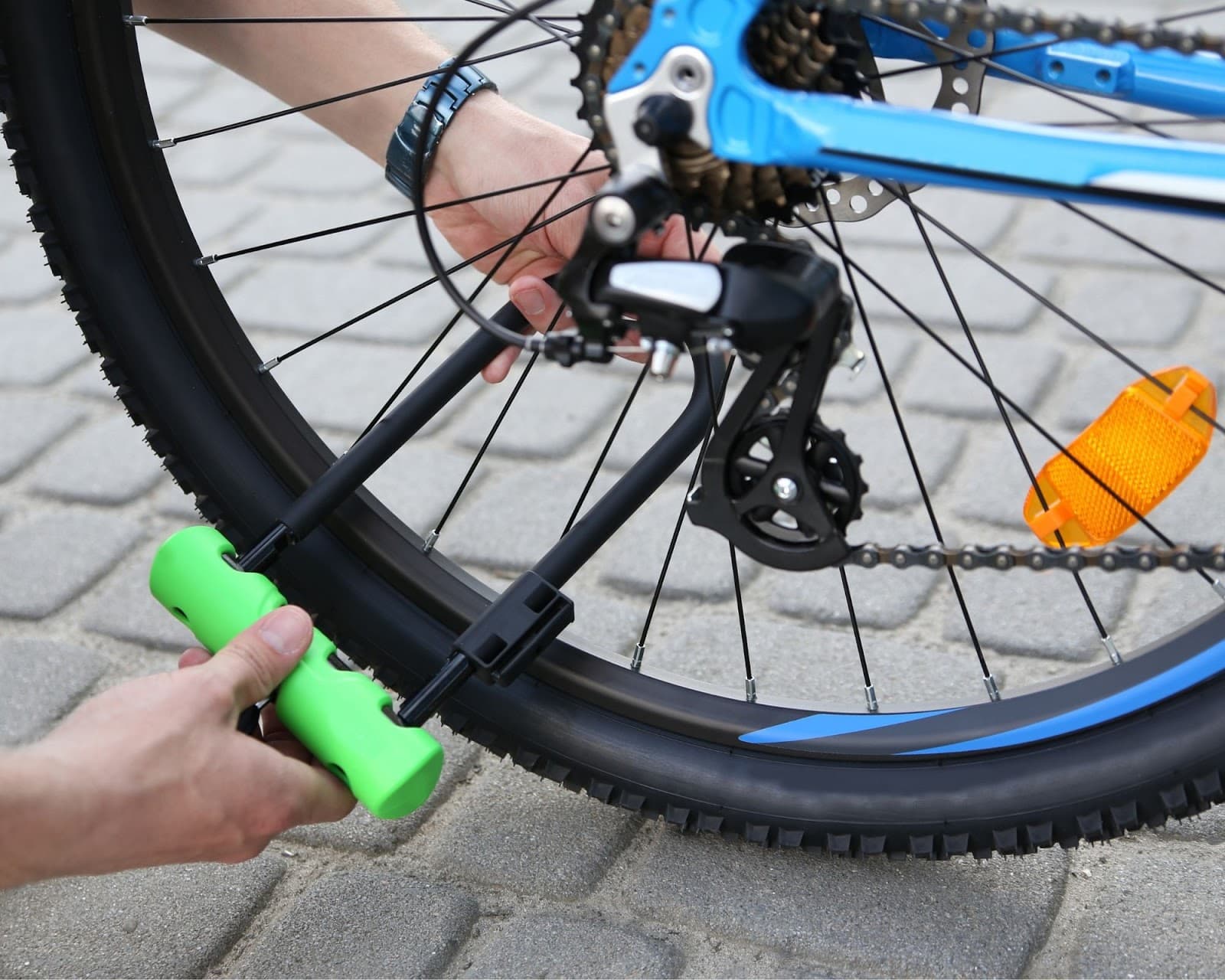 Owning an electric bicycle is all fun and games until someone decides to steal it. Unfortunately, you can’t stand guard watching your e-bike all the time, which puts it at risk of being picked up by a thief trying to make a profit.

While you can’t always have eyes on your bike, there are steps you can take to ensure it is locked up properly — reducing the chance of it being nabbed from where you’ve left it. Follow these tips from Best Electric Bikes to properly lock up your electric bike.

Use a U-Lock of D-Lock

If you’re going to invest in a bike lock for your electric bicycle (which you should!), don’t grab the first one you see at the store. Certain bike locks are far superior to others, and accidentally choosing an interior option may make it easier for thieves to steal your electric bike.

U-locks and D-locks are some of the most secure bike locks you can get. However, the larger the lock, the more insecure it is. So instead, you should buy the smallest U-lock you can that fits with your specific model electric bike.

The smaller the lock, the less room for a thief to use a crowbar or other tool to break the lock and steal the e-bike. It’s also helpful to choose one that gets secured to the bicycle in two places — which would require a thief to make two cuts instead of just one. Finally, the more difficult it is for someone to steal your e-bike, the less likely it is to happen.

Don’t Use a Cable Lock

While a cable lock may seem easy to use due to its flexibility, allowing it to be secured to almost any object, it isn’t the most effective option. Cable locks are considered downright ineffective if someone has their minds set on stealing your electric bicycle.

Unlike securely fastened U-locks and D-locks, cable locks are often woven through the frame and wheels — and can easily be cut with a variety of tools. So while using a cable lock through the wheels of the e-bike is a great way to slow down a thief or make their job a bit harder, it should not be your bike’s only line of defense.

Lock Through the E-Bike’s Frame

Whatever type of lock you choose, you should use it to secure your e-bike through the frame’s main triangle to a fixed object. The frame is the core of the electric bicycle and the part that you should protect the most.

While you don’t want any bike parts stolen, you’re better off having your wheels or seat stolen than the frame itself. By securing the bike through the frame’s main triangle, you’re making it more difficult for someone to steal it and adding a layer of defense.

Your best line of defense is making your electric bicycle a pain to steal. There’s no easier way to do that than by using multiple locks to make it more secure. We recommend always using a U-lock or a D-lock as the main line of defense, but then you can opt for whatever other type of lock works best for your needs, from chains and cable to folding locks.

The more locks in place, the longer it will take for the perp to get your e-bike free and take off with it, which may dissuade them from stealing your electric bicycle altogether.

Along with securely locking up your bike to a fixed object, you may also want to consider removing the electric bicycle’s front wheel. If someone attempts to steal your e-bike, they’ll have to maneuver it without the front wheel — making it more inconvenient and noticeable to bystanders that something isn’t right. The thief would also need to replace the wheel before profiting off the stolen e-bike, which might be an additional deterrent.

Lock Your E-Bike in a Public Place

Although securing your electric bicycle in a public place doesn’t mean that there isn’t a chance it will get stolen, it significantly reduces the chances. The last thing you want is for your e-bike to be out of sight, out of mind! In addition, for a thief to steal your e-bike, they’re going to need to use tools to pick or break the lock — both of which would look sketchy to a bystander.

A thief is less likely to spend time stealing a bike in a highly foot trafficked area where the attention may be drawn to them. This is also why it’s a great idea to utilize multiple locks. The longer it would take for someone to steal your e-bike, the more chances there are of someone witnessing the crime.