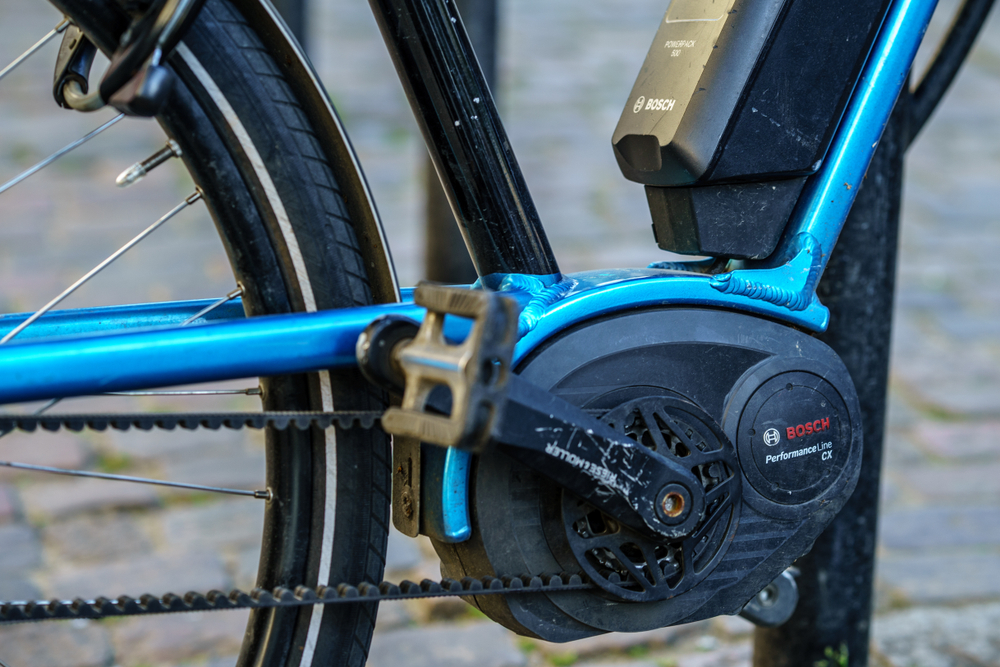 If you’re looking at e-bikes your bound to notice motor wattage. There is a spectrum of motor sizes, but is a smaller motor of 250W enough to power your e-bikes up hills?

Shopping for an e-bike is like shopping for most things: Marketing copy will do all it can to convince the prospective shopper that more is better. In this case, the more would be wattage, the wattage of the motor, to be precise. A motor’s power matters, for sure, but it is only part of the story. It’s a bit like asking a nurse what someone’s blood pressure is and they say, “100.”

So, yes, wattage matters, but so does torque. Plus, wattage isn’t one number, kinda like blood pressure. There’s both nominal wattage and peak wattage. There’s one other factor in judging an e-bike motor, though it’s not a number, it’s the location of the motor.

What we will break down is how each of these dimensions matters and how they come together in ways where one factor may offset another. That’s why the short answer to whether a 250W is enough power or not is: It depends.

Broadly speaking, e-bike motors here in the U.S. range between 250W on the low end—hence the question—and 750W at the high end. In between those two, the two most common motor sizes are 350W and 500W. Every now and then an exception will turn up, but those four are the most common.

Let’s return to those exceptions for a second. There are some e-bike motors out there that are crazy powerful, with some of them producing a nominal wattage of 1000. Peak power can top 2000W with some of these motors. And yes, there are even some motors that are more powerful than that.

There are a few things to note about the legality of your e-bikes motor. Knowing whether the bike is rated as Class 1, 2 or 3 is generally enough. However, some states have chosen to regulate just how powerful motors can be.

Some states won’t permit ebikes to go faster than 20 mph. The answer here is easy: Bikes must conform to Class 1 or 2.

Some states, however, limit the actual wattage of the motors. Delaware, Iowa, Nebraska, North Carolina, Nevada, Pennsylvania, South Carolina and Wisconsin all limit e-bike motors to a maximum nominal wattage of 750. Kansas, Minnesota, Oregon, Virginia and Vermont all set the upper limit at 1000W. And Rhode Island decided that anything up to 1491W is okay. A comprehensive list of what each state allows can be found here.

When looking at the specs for an e-bike, most bike company websites will list two numbers: nominal and peak. Peak is easy enough to define: It’s the maximum wattage that a motor can put out in response to a big effort on the part of the rider. If a motor can put out 1350W at peak and if the motor can multiply a rider’s effort by 400 percent, that means a rider need never put out more than 337.5W in order to drive the motor to put out it’s maximum of 1350W. It is considered the motor’s “peak” because it is an amount of power that it can only produce for a short time before overheating.

Nominal wattage is the power a motor will put out when averaged out over the length of a ride. Think of an all-out sprint as peak power. Nominal power is the pace of an all-day hike. A motor running at its nominal wattage should never overheat.

Where the motor is located in an e-bike makes a huge difference in how effective the given wattage in a motor is. Mid-drive motors like those made by Bosch, Shimano, Brose and others, are very efficient in their use of power.

So why is a mid-drive motor more efficient than a hub drive? Quite simply it’s because of where the power is inserted into the drivetrain. By putting the motor at the crank, the energy there enjoys the benefit that comes with the multiplication of effort that the gears provide. It’s as if the rider’s legs got stronger.

How does a 250W motor perform on hills
At the beginning of this article we mentioned that torque is a number that is indispensable when discussing just how powerful a motor is. Torque and power work in concert with each other. Getting an e-bike over a hill requires both power and torque. If a motor has 2000W but produces 0Nm of torque, the motor won’t turn. Similarly, a motor with 200Nm of torque, but no wattage the motor won’t turn.

Bottom line: is 250W enough power for your e-bike?

A 250W motor is likely to struggle if it’s in a hub. At a certain point more torque won’t help. It will climb hills well enough, but it would be unlikely to reach 20 mph. But a 250W mid-drive motor that produces 75Nm (or more) of torque will be very capable.

There’s an even easier answer here: If the 250W motor is made by one of the big brands like Bosch, Brose, Shimano or Yamaha, it will perform admirably. Those brands are the gold standard for quality e-bike motors.

If you have more questions about whether or not 250w is enough motor power for an electric bike, make sure to check out our latest e-bike reviews for our thoughts on motor performance!