Whether you’re brand new to cycling or are an experienced cyclist, a common question for bike riders is what kind of suspension support they need for their bicycle. With eBikes, the question is even more common, for while expert cyclists might know how suspension works with a normal, non-motorized bicycle, they don’t know what difference it makes once you throw a motor on. Fortunately, suspension for an electric bike is very similar to suspension for a non-motorized bicycle, but with a few key differences you will want to be aware of. Here are the key things you need to know when it comes to suspension for eBikes: 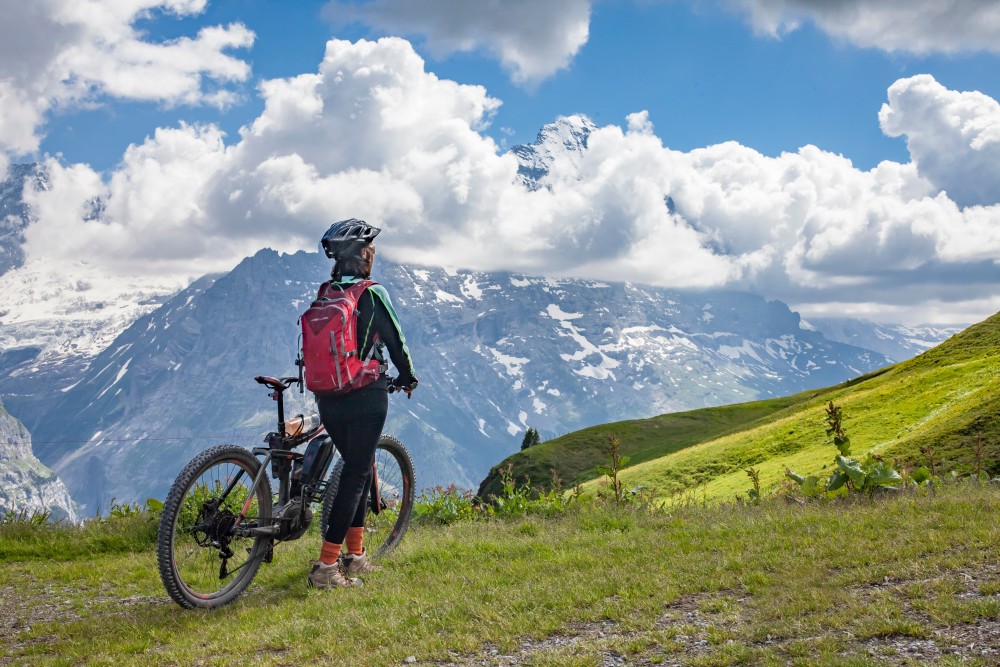 Why Do I Need Suspension on My eBike:

Bicycles help you travel over many different terrains, but as an experienced biker will tell you not all terrain is equal. Flat roads may offer a smooth riding experience, but gravel, loose dirt, hills, cobblestone, and other bumpy terrain will all cause tension, vibrations, and shock in your bicycle. The occasional rough patch might be tolerable with a standard bicycle, but long term riding over uneven terrain will not only make riders sick, but can lead to bruising and other injuries due to the amount of shaking and shock that comes from riding a bike.

Pros of Bike Suspension on a eBike:

Cons of Bike Suspension on a eBike:

Are Suspension Systems Different on eBikes:

Now that you know the major benefits and disadvantages of a suspension system, you might be wondering how suspension systems differ on eBikes compared to traditional bicycles. For the most part, suspension on a traditional bicycle and eBike are going to be the same, and in some ways suspension actually benefits more from being included on an eBike. Electric bikes are naturally heavier due to their motor, battery, and other electronic components, so with their thicker and larger frames eBikes tend to already offer greater natural suspension that makes it easier on any suspension upgrades also included on the eBike.

What Suspension Do I Need For My eBike?

The level of suspension you need for your eBike is going to depend on what kind of riding you intend to do.
If you are a dedicated city rider who doesn’t have many unpaved roads to cross or hills to climb, you require little to no suspension. Many city eBikes come with either a small suspension fork or suspension saddle, which is often enough for the typical urban cyclist. It might feel a bit rough when you hit the occasional pothole or have to cross over cobblestone or gravel, but otherwise you probably don’t need to upgrade your eBike with any additional support.

If you live in a more rural area or do have a tricky hill or dirt road to cross as part of your daily commute, a hybrid eBike or moderate suspension support will be beneficial. A hardtail eBike (an eBike with serious front suspension) or hybrid eBike is designated for all-around use, and are meant to be ridden over smooth trails and paved asphalt alike. If you find yourself sticking to the city but feel uncomfortable, or you want to go on the occasional mountain bike trail with your friends, front or moderate suspension support is what you’ll want in your eBike.

Should I Upgrade My Suspension, or Buy a Full Suspension Frame Outright?

The last major question we want to address that is common for cyclists is whether it’s better to upgrade your existing bike with suspension, or if you should just buy a new full suspension eBike altogether.

Each option has its own pros and cons, just like suspension systems themselves. Upgrading your eBike with new suspension components is going to be less expensive than buying a new bike outright, but it can lead to performance issues and won’t provide the same support as a dedicated full suspension frame. However, if you are mostly sticking to city riding, just upgrading a few components with suspension is the better offer since you won’t lose out on the speed and handling, with upgraded city bikes much better for urban riding than dedicated full suspension bikes.

Buying a full suspension eBike, on the other hand, is the better option if you are looking to go on some serious trail riding. While you can swap out the wheels and other components for greater suspension support on a city or hybrid bike, it just won’t provide the same comfort, stability, or traction on a tough trail or downhill descent as a full suspension eBike. Dedicated mountain biking enthusiasts, or those with severe joint pain, will definitely just want to buy a dedicated full suspension bike rather than try to upgrade their current bike piecemeal.

Serious cyclists often have two different bikes depending on the situation. If you’re able to afford it, the best answer to this question is to have a dedicated city bike with small to moderate suspension upgrades, and a dedicated mountain bike built from the ground up for trail riding. As eBikes become more popular, a number of solid, secondary bike options are becoming more affordable by the year. Keep an eye out for a sale or for when a company is clearing out inventory, and you’ll wind up with a good secondary bike that will help you ride comfortably without having to completely overhaul your preexisting bike with suspension support.